Climbing The Path To Million Dollars: One Step At A Time | Yuli Azarch

Climbing The Path To Million Dollars: One Step At A Time

Yuli Azarch | September 29, 2015 | No Comments on Climbing The Path To Million Dollars: One Step At A Time

Since I was a young kid, I had this dream of being a millionaire. I know many other people who are on a regular basis also say they want to be a millionaire, which is their financial goal.

There is one problem with many of the people who don’t have financial wealth when thinking about “millions\billions” is there is no real grasp of the amount. You can be poor and talking of earning millions easily with your friends and colleagues. Nothing wrong with that of course, but I found it about myself, and on other people I know, who speak of earning millions, but when you mention earning “$10,000-$50,000” will be completely shocked out of their mind (and lower amounts as well0, and those amounts are so beyond their comfort levels, that the $1,000,000 is not in grasp at all, and we are talking about 1%-5% of the million dollar amount.

Going one step back, I do not think money is the most important thing in life. I value a lot of things before money, such as health, love, friends, family, experiences are a lot more important then any financial gain. And if you are wealthy in financial terms but don’t have any of those, I believe you are poor. Having said that, money is still very important, and is eventually a tool, and you choose what to do with, and for me it’s a meaning to grow, to become more, to give back to the world more, to impact more, to be\do\share\give to the world.

Having had some progress with my financial goals, I understand now something things I didn’t understand a few years ago: The path for earning one million dollars is one step at a time. I am not a millionaire at the moment of this writing (even though, I look at myself being very rich with my life on many aspects), I am not earning one million dollars or have the amount in my bank, still, but it is something I am going to do and earn without a doubt, and you can follow me on this blog with my progress while I get there. The path for getting there now is much clearer to me then in the past. It is not a one night process.  I would say it is a long process where you need to learn and you need to adjust your psychology accordingly. 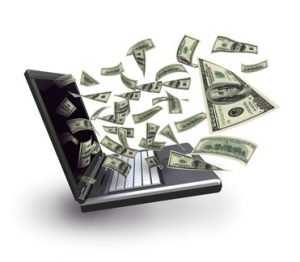 When I just started Internet Marketing, it very easy to talk of such big numbers “million”,”billion”, but it’s not a number that you comprehend really, when you are not comfortable even with earning $3,000 per month, or even less. After some time I was earning a few hundred bucks a month. I was super excited! Then it got to $1,000\month. Then I managed to 10x my income to $10,000 within a short period of time, which took some work on myself and on my psychology as well. With every ladder and step of the way, you are also setting yourself up with an income which is your comfort and base level. After earning $4,000 per month, it will be hard going back earning $2,000 per month. If you fall down, you will do whatever is humanely possible to return yourself back up, if that is really your comfort level\thermostat of income. Speaking in terms of growth, if I 10x myself again, I will actually be a millionaire! But again one step at a time. Having had progress and getting from $1,000 to $2,500 and then $5,000 and then $10,000 and then surpassing this number too, with future progress those numbers will keep growing most likely.

I can clearly see how I can get to one million dollars, in a stable way while I work on myself & my psychology throughout the whole way. The psychology is a very important aspect because I really believe 80% of success is psychology, and only 20% is mechanics (meaning, how to actually do that). I have seen Internet Marketing friends who started earning money but due to their psychology, they weren’t ready for that amount, and self-sabotage actually kicked in, and some were telling me they were asking themselves questions such as “why do I deserve this money”, “do I need that much money?”. Wrong questions to ask! 🙂 So psychology is very important and you need to work on it every day. I keep working on my psychology every single day, it is a never-ending process.

At the moment of this writing, I put myself a goal of earning $50,000 per month. Once I get to that goal, I will be half way short of becoming a millionaire. It will be a lot of steps in the middle, no doubt, probably lots of failures and successes through the way. I will not just get there overnight. I will probably earn $15,000, then $20,000 and then more. That’s the name of the game. It’s one step at a time.  And once I’m there at to my $50K goal, I will only need to double myself. Which should be easy after 10x’ing it a few times.

Doesn’t matter at which goal you are, or how much are you earning right now, or even if you just starting out: work on your next step and next level, and climb the ladder of success one step of a time, to get to your own financial Everest. Be better from what you were yesterday, even if it is %1 only. This %1 will compound itself in no-time if you will improve every single day. Compete only with yourself, and do not compare yourself to others. Where you are right now is perfect. Where I am right now is perfect.

5 Minute Action Steps For Today:
1) Write down your financial goal. Triple the amount. There is power in dreaming big, and thinking big. you should make it big and scary but not too big that you will not even go for it. Having written down on a piece of paper will add lots of clarity and help with doing it.
2) Think of one action step you can do today, which will make your heading towards your financial goals easier and faster.
3) Say thank you for where you are right now. Be grateful.

Let me know your thoughts in the comments below.